Brinson Prize Fellowships are awarded to top U.S. research institutions to support early-career astrophysicists and cosmologists who are committed to chasing bold ideas with creative, nimble and innovative research.

The Space Telescope Science Institute is collaborating with The Brinson Foundation to support the future of the Brinson Prize Fellowship program. These fellowships focus on supporting research in observational cosmology, particularly complementing and capitalizing on space science, including topics such as the first stars, the cosmic distance scale, and the development of large-scale structure.

Information on these fellowships, including: participating U.S. host institutions, support guidelines, 2022 dates and deadlines, and a link to the application portal can be found at: Brinson Prize Fellowship Program Amin Aminaei has a background in radio-frequency engineering and astronomy. Radio-frequency engineering is a subset of electronic engineering involving the application of transmission line, waveguide, antenna and electromagnetic field principles to the design and application of devices that produce or utilize signals within the radio band. As a Brinson Prize Fellow, Aminaei will apply this unique expertise to the Dark E-field Radio experiment, specially designed by Tony Tyson to detect the electromagnetic signals of the dark photons, one of the primary candidates for dark matter. The search for electromagnetic signals in the experiment covers the MHz and GHz (microwave) frequency spectrum. In this position, Aminaei will mainly be working on the lab setup for the microwave band. An initial paper on the details of the experiment was published in 2021. Prior to this Fellowship position, Aminaei worked at the Netherlands Institute for Space Research (SRON) where he was a team member of the SPICA/SAFARI (a mission concept for the Space Infrared Telescope for Cosmology and Astrophysics). From 2016-2018, while at the University of Oxford, UK, he contributed to the development of digital systems for the Square Kilometer Array (SKA), the world’s largest radio telescope to be built in Australia and South Africa. Aminaei held a postdoctoral and technical engineer position at Radboud University in the Netherlands from 2009-2015 where he helped develop and install the Auger Engineering Radio Array (AERA) that sits in the field of Pierre Auger Observatory in Argentina. AERA detects the radio emission of extensive air shower caused by ultra-high energy cosmic rays (UHECR). At Radboud he was also a team member responsible for developing the Lunar Radio eXplorer (LRX, Phase-A study), an instrument planned for the ESA lunar mission for radio astronomy on the Moon’s surface. In 2020, Aminaei was awarded 3rd prize for the NASA Ideation Challenge for designing a miniature ultra-wideband Ground Penetrating Radar for the lunar Artemis Program. 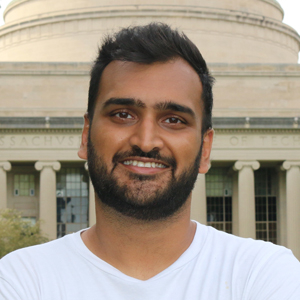 Ani Chiti studies how the earliest stars and galaxies evolved in the first billion years of the universe.  He performs this research by identifying, mapping and investigating the chemical composition of nearby ancient stars and galaxies, in an approach known as Galactic Archaeology.  In his PhD work at the Massachusetts Institute of Technology, Chiti developed imaging analyses that led to an order-of-magnitude increase in the efficiency of identifying the most ancient stars.  This enabled several pioneering studies, including providing the first direct evidence that the first galaxies formed in massive, extended distributions of an enigmatic substance known as dark matter.  As a Brinson Prize Fellow at KICP, Chiti is scaling these analysis techniques for the next generation of digital sky surveys to build an unprecedented view of the ancient Milky Way, in addition to immediate projects that will unveil the interplay between dark matter, the first supernovae and the earliest galaxy mergers in shaping the first galaxies. 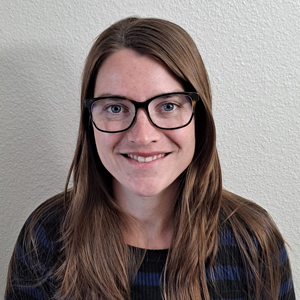 Maren Cosens completed her PhD in the Physics Department at the University of California, San Diego.  Her work there has been two-fold, with aspects of both observational astrophysics and the development of new instrumentation.  Cosens’ observational research has been focused on using some of the largest ground-based telescopes in the world to study the properties of star-forming regions and the interplay between those regions and the galaxies in which they form.  Namely, the factors that influence the way in which these regions develop, and the impact of the energy imparted to the galaxy through processes known as “feedback”.  In addition to her observational research, she has also worked extensively on the development of new instruments, primarily working on the mechanical design for a next generation imager and an integral field spectrograph, Liger, for the W.M. Keck Observatory which will provide improvements in resolution and field-of-view, over existing instruments.  During the term of her Brinson Prize Fellowship in Astronomical Instrumentation at the Carnegie Observatories she plans to continue working in both these areas of research, working on the development of the Magellan Infrared Multi-Object Spectrograph (MIRMOS), as well as utilizing the vast observational resources at Carnegie to expand her studies of star-forming regions to a broader range of environments. 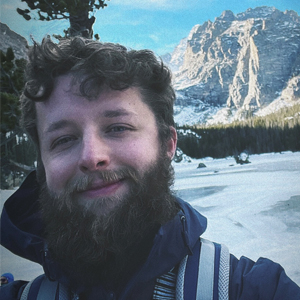 Ryan French’s research uses telescopes on the ground and in space to investigate explosive events on the Sun called solar flares.  French completed his PhD in Solar Physics at the UCL Mullard Space Science Laboratory.  While completing his degree, he was awarded the prestigious Newkirk Fellowship, funding his multiple productive science visits to the NCAR High Altitude Observatory in Boulder, Colorado.  As a Brinson Prize Fellow at the National Solar Observatory, French will dive deeper into this field using the next-generation facilities of the Daniel K. Inouye Solar Telescope (DKIST) and the European Space Agency’s Solar Orbiter, both of which began science operations in early 2022.  In addition to his scientific work, French is a veteran science communicator, with a decade of experience presenting science and astronomy to a diverse range of audiences, most recently as an Astronomy Presenter at the Royal Observatory Greenwich.  He has also educated wider audiences through interviews on BBC World News and BBC Radio 2. 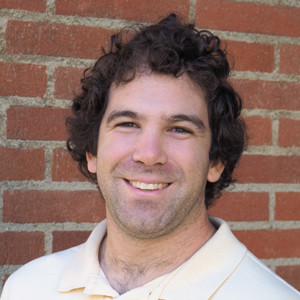 Ph.D., Astronomy, Institute for Astronomy, University of Hawai’I at Manoa

Matt Hosek is currently an astronomy postdoc with the Galactic Center Group at UCLA.  He completed his PhD in 2018 at the Institute for Astronomy at the University of Hawaii at Manoa under the direction of Professor Jessica Lu.  His research focuses on the formation and dynamics of stars near the center of our Galaxy.  As a Brinson Prize Fellow, Hosek will use data from the Hubble and James Webb Space Telescopes to develop a new reference frame to measure the orbits of stars near the Galactic Center with improved precision and accuracy.  This will enable tests of General Relativity and probe the distribution of matter near the central supermassive black hole.  He will also measure the masses of stars in two young star clusters in the region in order to evaluate how the extreme environment near the Galactic Center impacts the physics of star formation. 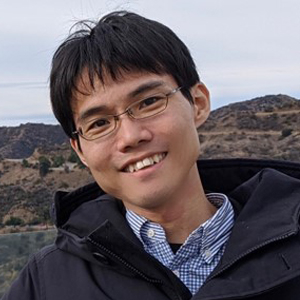 Yuya Kusuki is studying the relationship between quantum gravity (QG) and what’s called, ‘boundary conformal field theory’ (BCFT).  In general, it is difficult to include quantum effects in gravity.  However, recently it has been proposed that quantum effects can be translated into the mathematically equivalent theory, BCFT, which in turn would allow for simpler calculations to be used to address the issues within QG.  While the validity of BCFT has been verified in a few examples, there are still many black boxes.  As a Brinson Prize Fellow, Kusuki will aim to develop for the field a better understanding of the relationship between QG and BCFT by using modern physics tools, conformal bootstrap and by a modern interpretation of QG in terms of quantum information theory.  In the process, he intends to develop a novel QG-BCFT dictionary.  This work promises to provide a new approach to addressing long-standing problems in QG.  Kusuki received his PhD from the Yukawa Institute for Theoretical Physics, Kyoto University.  He is the recipient of the Particle Physics Medal: Young Scientist Award in Theoretical Particle Physics (2020) and the Young Scientist Award of the Physical Society of Japan (2020).